Canada’s poor and desperate are opting to be euthanized

Canada’s poor and desperate are opting to be euthanized 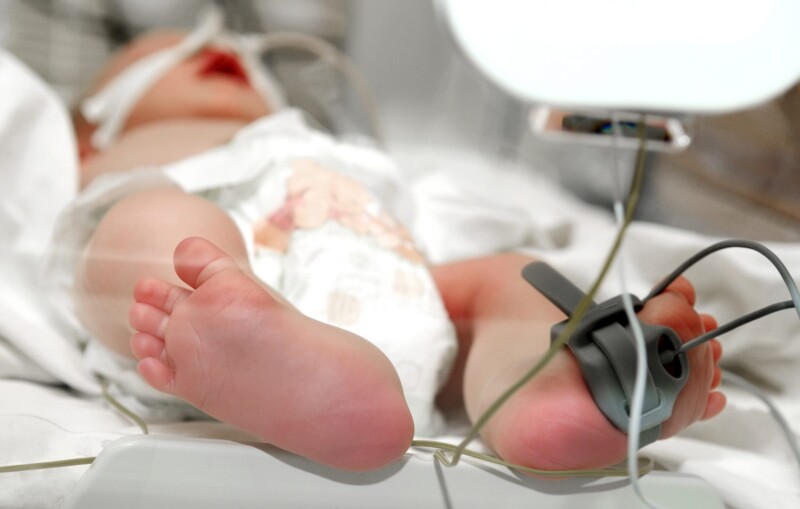 On October 7, Dr. Louis Roy of the Quebec College of Physicians stated that in the view of his organization, euthanasia for children younger than age one is appropriate if the child has “grave and severe syndromes” or “severe malformations” or “prospective of survival is null, so to speak.” He was testifying before the Canadian House of Commons’ Special Joint Committee on Medical Assistance in Dying. Disability advocates—and other Canadians who still possess the minuscule amount of moral courage it takes to oppose infanticide—were horrified.

Krista Carr, executive vice president of Inclusion Canada, is one such Canadian. “Most families of children born with disabilities are told from the start that their child will, in one way or another, not have a good quality of life,” she told the National Post. “Canada cannot begin killing babies when doctors predict there is no hope for them. Predictions are far too often based on discriminatory assumptions about life with a disability.”

Roy’s statement is merely the latest episode in a series of euthanasia horror stories from Canada that are shocking even to dulled Western sensibilities. Canada’s Supreme Court overturned criminal prohibitions on assisted suicide in Carter v. Canada in 2015. Shortly afterward, parliament passed Bill C-14 in 2016, which legalized “medical aid in dying” (or MAiD) for adults with “enduring and intolerable suffering” and a “reasonably foreseeable death.” In 2021, Bill C-7 was passed, which legalized MAiD for those struggling with mental illness. Canada has become an international cautionary tale.

Impoverished people are turning to MAiD out of desperation because they cannot access the resources they need or the treatments they require in Canada’s broken healthcare system. The Toronto Star—the largest and most liberal newspaper in the country—called it “Hunger Games style social Darwinism.” The story detailed how one woman is considering assisted suicide because she cannot find an affordable place to live in her city with wheelchair access. Her tale is becoming a common one.

Sixty-three-year-old Alan Philips, who has lived with chronic pain for almost two decades, recently got approved for assisted suicide after trying for eighteen years to get spinal fusion surgery to relieve his agony. He cannot get the surgery and has been prescribed opioids instead. “I cannot get adequate healthcare,” he said. “I am fed opioids and left to kill myself. So I asked MAID [medical assistance in dying] to kill me and they said ‘sure’!”

A mother named Gwen, who suffers from chronic pain and disability from an accident, is considering assisted suicide because she has been denied coverage for treatments that could reduce her pain and allow her to care for her three-year-old daughter. “I didn’t have any idea how bad this condition would get when I had my daughter…and I feel like I’m failing her,” she told The Tyee. “I’m just so desperate to be with her…It’s eugenics, because they don’t want us to be properly supported and be OK. And if we don’t have family to take care of us, it’s ‘Please just go and die.’”

Forty-four-year-old Sathya Dhara Kovac, a Winnipeg woman suffering from a degenerative disease, died by MAiD recently after her persistent attempts to procure home care were denied. In an obituary published after her death, she revealed: “Ultimately it was not a genetic disease that took me out, it was a system. There is desperate need for change. That is the sickness that causes so much suffering. Vulnerable people need help to survive. I could have had more time if I had more help.”

In many cases, desperate Canadians are being offered death in lieu of treatment the system can’t (or won’t) provide them. In one recent incident that triggered national outrage, a Canadian combat veteran reached out to Veteran Affairs Canada for assistance with post-traumatic stress disorder. Instead of providing help, they proposed assisted suicide. As Maclean’s magazine titled a chilling essay on Canadians driven to state-sanctioned suicide by their economic conditions, many are “dying for the right to live.”

Their suicides save the system money—as Canada’s state broadcaster inelegantly put it in a 2017 report: “Medically assisted deaths could save millions in health care spending.” A disabled man in London, Ontario, secretly recorded a medical ethicist suggesting MAiD to him; the ethicist reminded the patient that his care was incurring costs “north of $1,500 a day.” Body bags are cheaper than the virtually inaccessible palliative beds. Canada’s MAiD numbers are spiking year by year, with over 10,000 people dying at the end of a needle in 2021 alone.

Technically, assisted death for mental illness will become available in March 2023 due to a temporary restriction in Bill C-7. At that point, the floodgates will open even farther, because to qualify you will simply need to suffer from something which “cannot be relieved under conditions that you consider acceptable,” an intentionally vague framing. The reality is that these killings have already begun. Alan Nichols, a man from British Columbia suffering from severe depression, was euthanized after his family took him to the hospital for a psychiatric episode. His family was devastated. As Wayne Nichols bluntly put it: “They killed our brother.”

Once the only necessary requirement for doctor-assisted death is suicidal ideation, the Nichols family’s tragic story will become a feature of Canadian life. Canadians who suffer from mental illness, poverty, or chronic pain frequently cannot get help—but they can get killed.

After the Supreme Court’s Carter decision, a national debate began over euthanasia and assisted suicide. Bill C-14 was proposed, and many of the country’s elites leapt to defend it. On Canada’s national broadcaster, conversations about it featured only those who agreed with the new law and those who thought it didn’t go far enough. Those of us opposed were cut out of the discussion and called hysterical. Now the media is reporting on the growing pile of corpses that is partly the result of their stupidity and hubris, but no publication will run a column admitting that maybe—just maybe—those who opposed euthanasia and state-sanctioned suicide were right in the first place.