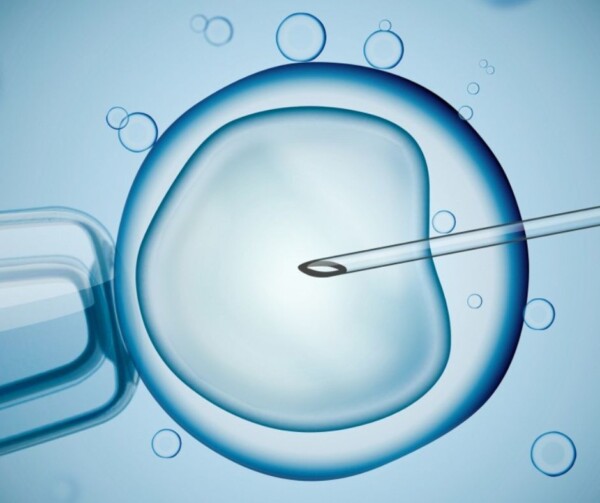 What is in-vitro fertilization?

It is a medical technique used to artificially facilitate the conception of a baby. Its name is derived from the fact that fertilization takes place in a petri dish, a glass laboratory container, instead of inside the woman’s body.

How is the procedure carried out?

After the woman has been given fertility hormones to encourage the maturation of several eggs (ova) at one time, doctors remove egg cells from her ovary at the exact moment in her monthly cycle when they have reached maturity. The egg cells are placed in a nutrient rich petri dish and the sperm is added to this mixture.

When fertilization occurs, the fertilized eggs divide, creating a cluster of cells called a blastocyst-the genetic package of a new unique individual. Scientists test these blastocysts to determine suitability. The unsuitable ones are destroyed, while the ones who have been permitted to live are inserted via a tube through the woman’s cervix into the uterus, which has been treated by hormones to prepare its lining to receive the fertilized eggs. If this is a successful IVF attempt, at least one fertilized egg will implant into the wall of the uterus and start to grow.

What happens to the rest of the embryos?

How many human embryos are lost in IVF?

The Jones Institute, one of the pioneers of In Vitro Fertilization, reports that only 10 to 20% of the human embryos produced by IVF ever result in a normal pregnancy. The Centers for Disease Control estimated that in 1998, 28,000 babies were born through IVF in the United States. This means that 140,000 – 280,000 human embryos remained “unused” for that year alone. Recent regulations have been introduced in Canada regarding IVF; however, these are not protective or respectful of the life of children manufactured by this process.

Why is this wrong?

It is a scientific fact that human life begins at conception/fertilization. From the moment of fertilization, a human embryo has a complete genetic code and his or her growth and development is totally coordinated from within.

Human life must be respected and protected absolutely from the moment of cnoception. From the first moment of its existence, a human being must be recognized as having the rights of a person. Wehn this fundamental moral line is violated or obscured, categories of people become devalued and they become easily used for utilitarian purposes.

The success rate of IVF treatment is low–72 percent of women who undergo IVF treatments will fail to conceive a child and/or carry it to live birth, according to the latest statistics from the U.S. Centers for Disease Control.

The CDC  report on Artificial Reproductive Technology success rates for 2004 showed that only 28.7 percent of ART cycles resulted in a live birth–an ART cycle includes all fertility treatments in which both eggs and sperm are handled.

What are the risks for women?

Because IVF is an experimental procedure, its risks to women are being discovered slowly.

What are the medical risks of drugs used to stimulate the ovaries to produce eggs? One drug, a hormone called buserelin, is suspected of causing cancer. Could it do so in these women?

A common side effect of the hormones used to increase egg production is the development of ovarian cysts. Clomid, the hormone drug most frequently used in IVF to stimulate egg production, has a chemical profile similar to that of DES. This latter drug, given to women in the 1950’s and 1960’s to prevent miscarriages, was later found to cause cancer in the women who used it and in their offspring.

Facilities have also been criticized for failing to warn couples about the high rate of multiple and premature births and caesarian deliveries associated with the technique. A 1985 Australian study found women who have used IVF to be about three times more likely than other mothers to give birth prematurely and 43% of their deliveries to be by Caesarian section. In the study, ectopic pregnancy rates for IVF were 5% and miscarriages 25% of total pregnancies, three times the national average. Ectopic pregnancies can be life threatening.

What are the risks to babies?

The numerous manipulations in an unnatural environment that are involved during IVF present real dangers to the developing child. A high percentage of all sperm is thought to be defective, but a woman’s cervix screens out the less fit. And distance ensures that only the sperm capable of the most movement will reach the egg. Both increase the chances that the egg will be fertilized by a healthy sperm. Both these screening processes are absent with lVF

To protect themselves from responsibility for the risks of IVF, doctors have contracts with their patients which allow for any “problem” baby to be aborted.

The hazards and risks imposed on the developing child are many and some are even beyond our current ability to comprehend. Analysis of all the Australian and New Zealand IVF births found that IVF is associated with a higher than normal rate of spina bifida and transposition of the great arteries. Six infants had spina bifida compared with an expected number of 1.2. No previous children with spina bifida had been born to these mothers. Four infants had transposition of the great vessels, compared with an expected number of 0.6.

IVF babies were four times more likely to be stillborn than those conceived normally and to have rates of abnormalities three times that of the Australian national average.

Dr. Ruth Hubbard, professor of biology at Harvard, has condemned IVF as too risky. She compared such research to the precedents of thalidomide and diethyl stilbestrol. The consequences of thalidomide were visible at birth; the diethyl stilbestrol turned into a medical time bomb whose consequences were not seen for more than fifteen to twenty years. Both drugs altered the fetal environment in ways that could not be foreseen. How can we claim to know that the many chemical and mechanical manipulations of eggs, sperm, and embryos that take place during IVF and implantation are harmless?IVF makes babies.

Why are pro-life people opposed to it?

IVF techniques make possible the sex determination of offspring and. In the sex-selecting application, the embryo of the desired sex is inserted into the uterus and the rest are destroyed as unneeded embryos. In the United States and Canada the eugenics movement talks of reproduction of the “right kind of people”. Dr. Joseph Fletcher repeatedly calls for the sterilization of people carrying defective genes. Mr. Graham with his Nobel laureate sperm donors seeks “genetically sound women” to bear better citizens custom-made for intelligence… hopefully. Is the medical profession becoming tamperers with human life? Have we forgotten that at Nurenberg we condemned doctors for implementing eugenic policies?

Are there alternatives to IVF?

There are alternatives–less costly and more successful than I.V.F.–that HELP a woman with her infertility.

A moral and natural technique that is becoming more commonly known among Fertility Care practitioners is Natural Procreative Technolgy or NaPro Technology (NPT). Research indicates that this technique has as many or more live births than IVF clinics, without putting couples through the various humiliating treatments and without creating “extra” embryos that would ultimately die or be killed.

The carbon dioxide laser is consistently reported to be effective in cases of tubal obstruction considered inoperable or difficult by standard microsurgical techniques.

In one study, of 65 women with blocked fallopian tubes, 80% became pregnant following laser surgery. In another study of 230 patients with multiple disease processes contributing to infertility, 40% were able to get pregnant after laser microsurgery.

Remember that in 370 attempts at implantation, the experts at I.V.F., Drs. Steptoe and Edwards, engineered only two successful pregnancies. It is unknown how many unused embryos they “washed down the sink”.

What a woman gets for her money and the trauma of I. V F. experimentation is the likelihood that she will remain childless and the certainty that she will remain infertile. Infertile couples should demand accountability from I.V.F. programs, especially at this time when our medical resources are scarce. An objective cost-benefit analysis of I.V.F. would recommend devoting our resources to the more efficient effective alternatives.

A truly caring society will not permit a technique which creates innocent life only to destroy it or to experiment on it.   Remember the words of C. S. Lewis: “what we call man’s power over nature turns out to be a power exercised by some men over other men with nature as its instrument.”

(Mr. Graham, referred to in the above paragraph, is Robert Graham, founder of the Repository for Germinal Choice in Escondido, Calif. This sperm bank solicits donations from Nobel laureates and other intellectuals.)