The Netherlands follows in Germany’s footsteps.

AT LAST A HIGH GOVERNMENT OFFICIAL in Europe got up the nerve to chastise the Dutch government for preparing to legalize infant euthanasia. Italy’s Parliamentary Affairs minister, Carlo Giovanardi, said during a radio debate: “Nazi legislation and Hitler’s ideas are reemerging in Europe via Dutch euthanasia laws and the debate on how to kill ill children.”

Unsurprisingly, the Dutch, ever prickly about international criticism of their peculiar institution, were outraged. Giovanardi’s critique cut so deeply that even Dutch Prime Minister Jan Peter Balkenende felt the need to respond, sniffing, “This [Giovanardi’s assertion] is scandalous and unacceptable. This is not the way to get along in Europe.”

As is often the case in the New Europe, what is said matters more than what is done. Thus, the prime minister of the Netherlands thinks that killing babies because they are born with terminal or seriously disabling conditions is not a scandal, but daring to point out accurately that German doctors did the same during World War II, is.

That being noted, one wishes Giovanardi had thought twice before raising the Nazi specter. Partly, this is because nothing we are talking about today matches the scope or magnitude of Nazi crimes. As a result, accusing people of Nazi-like behavior allows those amply deserving of moral condemnation to deflect reproaches. Thus, Giovanardi says that killing disabled babies is what the Nazis did, and the Dutch merely retort (correctly) that they are not Nazis. 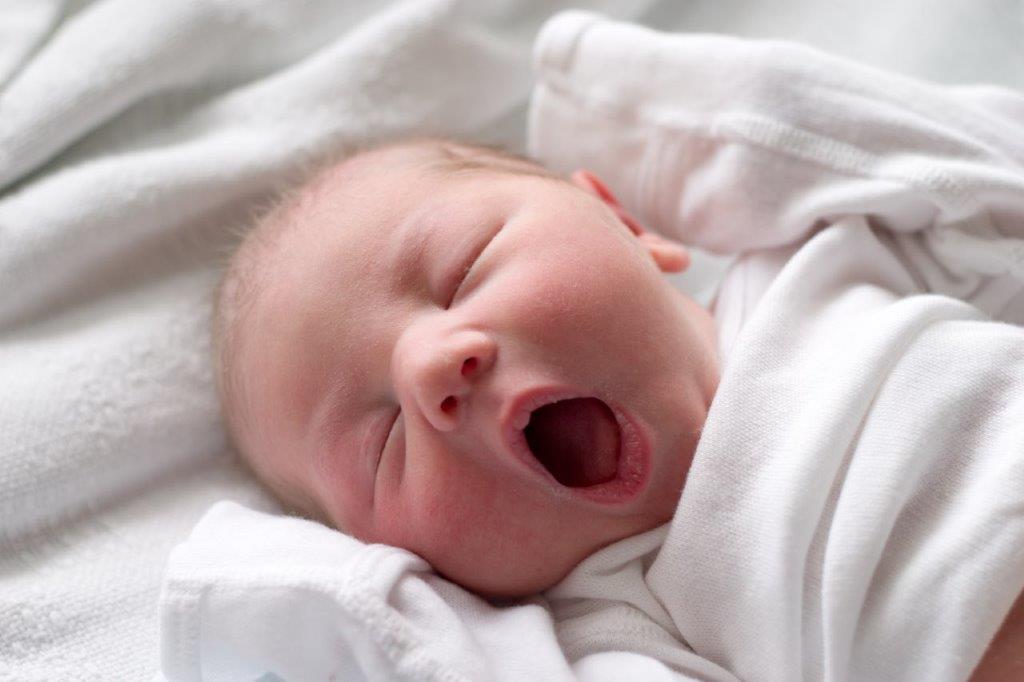 Still, the “Nazi” analogy is worth exploring, precisely because it is unequivocally true that German doctors did kill thousands of disabled babies, for which a few such physicians were hanged at Nuremberg. Dutch apologists know this, of course. But they claim that the Netherlands’ infant euthanasia program is substantially different: Dutch doctors are motivated by compassion whereas the Germans’ were motivated by the bigotry of racial hygiene. Of course it is the act of killing disabled and dying babies that is wrong, not the motivation. But even leaving that aside, the Dutch defense is not as persuasive as Prime Minister Balkenende would like to believe.

THE SEEDS OF GERMAN EUTHANASIA were planted in 1920 in the book Permission to Destroy Life Unworthy of Life (Die Freigabe der Vernichtung lebensunwerten Leben). Its authors were two of the most respected academics in their respective fields: Karl Binding was a renowned law professor, and Alfred Hoche a physician and humanitarian.

The authors accepted wholeheartedly that people with terminal illnesses, the mentally ill or retarded, and deformed people could be euthanized as “life unworthy of life.” More than that, the authors professionalized and medicalized the concept and, according to Robert Jay Lifton in The Nazi Doctors, promoted euthanasia in these circumstances as “purely a healing treatment” and a “healing work”–justified as a splendid way to relieve suffering while saving money spent on caring for the disabled.

Over the years Binding and Hoche’s attitudes percolated throughout German society and became accepted widely. These attitudes were stoked enthusiastically by the Nazis so that by 1938 the German government received an outpouring of requests from the relatives of severely disabled infants and young children seeking permission to end their lives.The key test came in late 1938 when the father of “Baby Knauer,” an infant born blind and missing his leg and part of his arm, wrote Hitler requesting permission to have his child “put to sleep.” As described by Lifton and other historians, Hitler was quite interested in the case and sent one of his personal physicians, Karl Rudolph Brandt, to investigate. Brandt’s instructions from his Führer were to verify the facts of the baby’s condition and, if found to be true, to assure the child’s doctors and his parents that if he was killed, no one would face punishment. The doctors in the case who met with Brandt agreed that there was “no justification for keeping the child alive.” Baby Knauer soon became one of the first victims of the Holocaust.

Hitler later signed a secret decree permitting the euthanasia of disabled infants. Sympathetic physicians and nurses from around the country–many not even Nazi party members–cooperated in the horror that followed. Formal “protective guidelines” were created, including the creation of a panel of “expert referees,” which judged which infants were eligible for the program.

Beginning in early 1939, babies born with birth defects or with congenital diseases were euthanized. Their doctors would admit these unfortunate infants to medical clinics, where they would be killed. The practice quickly became systematized. Regulations made it mandatory for midwives and doctors to notify authorities whenever a baby was born with birth defects. These cases would be reviewed by the euthanasia referees to determine if the children  were eligible for euthanasia. Those deemed killable were usually dispatched via an overdose of a drug, most typically a sedative called Luminal. The euphemism of choice for this murder was “treatment.” Most, but not all, of this killing was done in secret.

IT IS IMPORTANT TO NOTE that throughout the years in which euthanasia was performed in Germany, whether as part of the officially sanctioned government program or otherwise, the government did not force doctors to kill. Participating doctors had become true believers, convinced they were performing a valuable medical service for their “patients” and their country.

Eventually, the “success” of the infant euthanasia program led to the infamous “T-4” project in which adult disabled German citizens were mass murdered. Hitler eventually canceled the T-4 program in the face of public protests but that didn’t matter. From around 1943 until a few weeks after the end of the war, some doctors went on a eugenic killing rampage. Known today as “wild euthanasia,” during the later war years German doctors killed any patient they pleased, often without medical examination, usually by starvation or lethal injection. 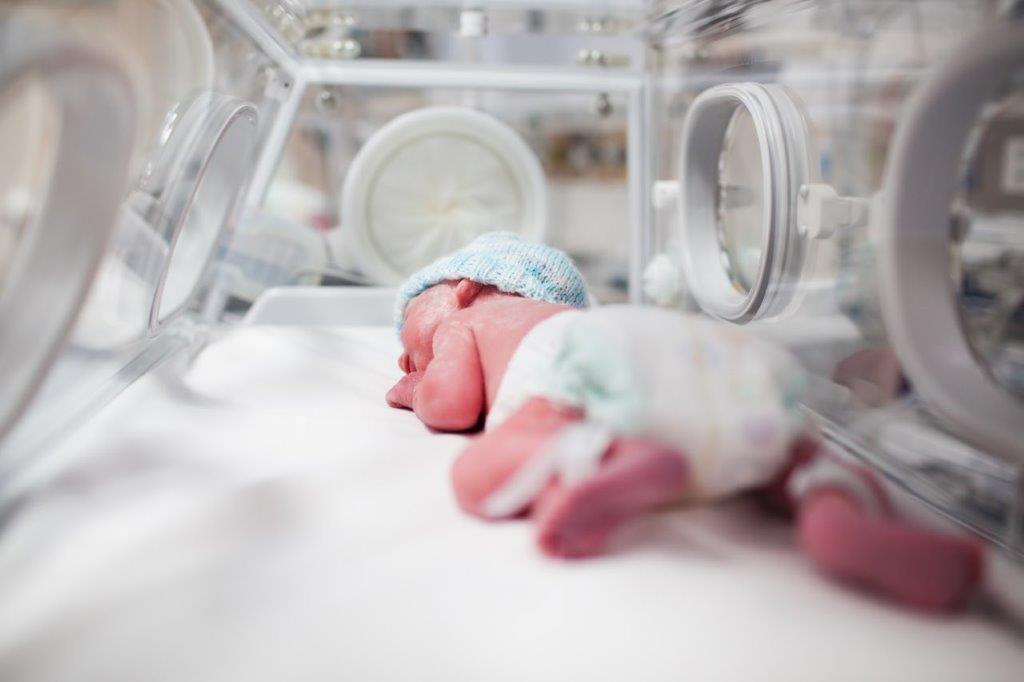 IN 2004, Groningen University Medical Center made international headlines when it admitted to permitting pediatric euthanasia and published the “Groningen Protocol,” infanticide guidelines the hospital followed when killing 22 disabled newborns between 1997 and 2004. The media reacted as if killing disabled babies in the Netherlands was something new. But Dutch doctors have engaged in infanticide for more than 15 years. (A Dutch government-supported documentary justifying infant euthanasia played on PBS in 1993. Moreover, a study published in 1997 in the Lancet determined that in 1995, about 8 percent of all infants who died in the Netherlands–some 80 babies–were euthanized by doctors, and not all with parental consent; this figure was reproduced in a subsequent study covering the year 2001.)

As far back as 1990, the Royal Dutch Medical Association (KNMG) published a report intended to govern “life-terminating actions” taken against incompetent patients, including severely disabled newborns. The KNMG approved of pediatric euthanasia if the baby is deemed to have an “unlivable life,” a concept disturbingly close to Binding and Hoche’s “life unworthy of life.”

The “livableness” of a newborn’s life is determined by a combination of factors, including the following:

* The expected potential for communication and human relationships, independence (ability to move, to care for oneself, to live independently), self-realization (being able to hear, read, write, labor), and the like.

If the infant’s “prospects” didn’t measure up, the child could be euthanized.

The subsequently compiled Groningen Protocol–which is expected to form the basis for the official approval of Dutch pediatric euthanasia–similarly created categories of killable babies: infants “with no chance of survival,” infants with a “poor prognosis and are dependent on intensive care,” and “infants with a hopeless prognosis,” including those “not depending on intensive medical treatment but for whom a very poor quality of life . . . is predicted.” In other words, infant euthanasia is not restricted to dying babies but can be based on predicted serious disability.

SO, WAS GIOVANARDI CORRECT in his comparison of Dutch infant euthanasia with that of Germany circa 1938-1945? No and yes. Certainly the breadth and scope of the killing in Germany far exceeded anything that is ever likely to happen in the Netherlands. And, to their credit, the Dutch unquestionably disdain the kind of pernicious social Darwinism that helped fuel the German euthanasia pogrom. Nor does pediatric euthanasia seem to be financially motivated, which also played a part in German infant euthanasia.

But the Netherlands cannot escape this ugly fact: Dutch doctors kill scores of babies each year and justify this fundamental abuse of human rights upon the inherently discriminatory concept that they can decide that another human being’s life is of such low quality it has no business being lived.

In this sense, the Dutch infanticide program is explicitly akin to the murder of Baby Knauer in 1938. Unless we decide to revise our historical assessment of that crime and proclaim Hitler’s authorization for the baby’s euthanasia as compassionate and right, the systematic program of Dutch infant euthanasia should be loudly and universally condemned.

Wesley J. Smith is a senior fellow at the Discovery Institute, an attorney for the International Task Force on Euthanasia and Assisted Suicide, and a special consultant to the Center for Bioethics and Culture.

This article is reprinted with permission of The Weekly Standard, where it first appeared on 03/27/2006. For more information visit www.weeklystandard.com.”