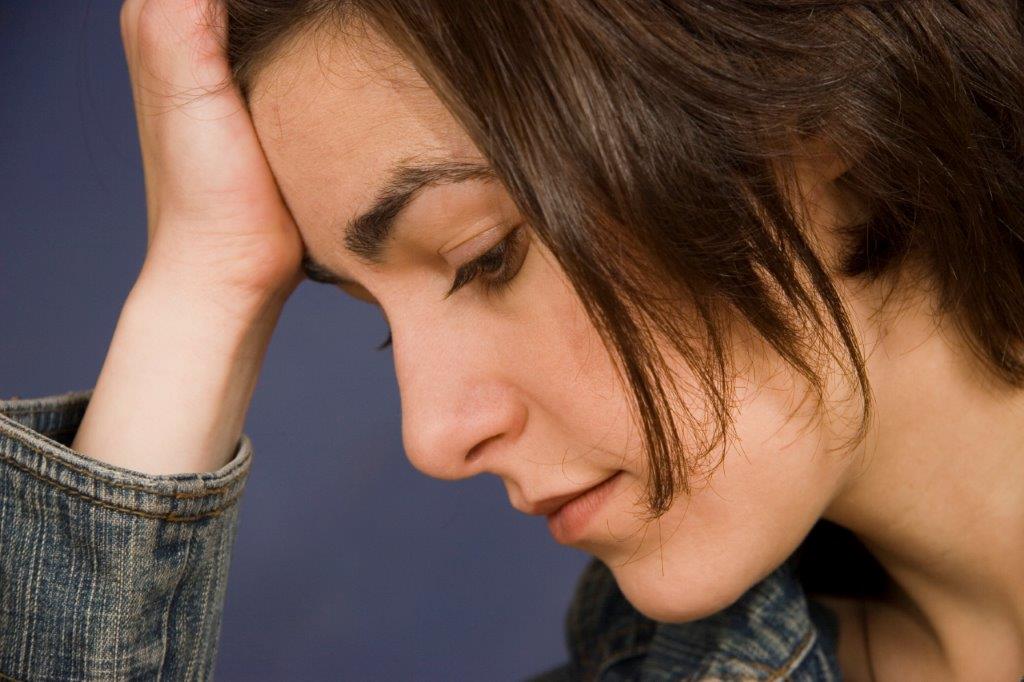 These are violently active chemicals and they have violent reactions on the organism…what is the situation in which a woman would undergo that kind of assault? 1
— Dr. Germaine Greer
The adverse effects of the two drugs were unpredictable and dangerous and the research undertaken inadequate…We concluded that the RU 486/PG abortion had the making of a new wave of DIY backyard abortions which burdened women who had decided they needed an abortion with unnecessary days of agony:  haemorrhaging, vomiting, cramping and the well-founded fear of sepsis. We predicted deaths and also wondered why pro-choice activists could not see that this abortion method only benefited pharmaceutical companies and doctors.2 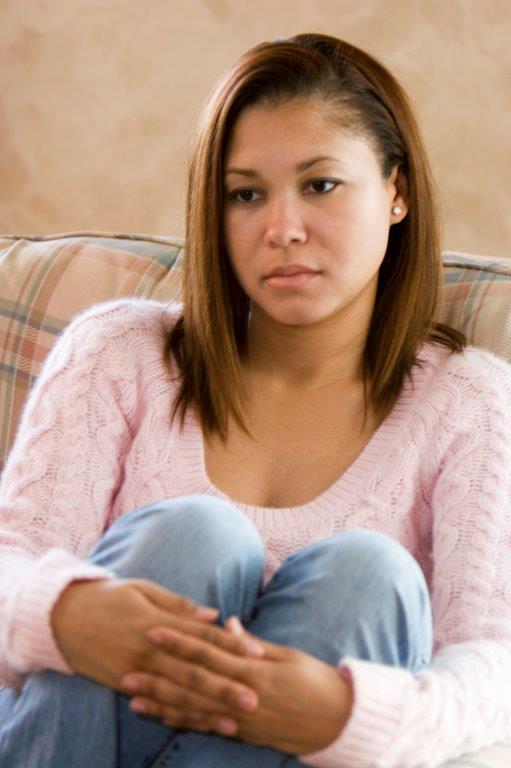 I felt like I was dying…it hurt so much. I had contractions coming so fast, and I was sick to my stomach and dry heaving. I couldn’t stop trembling and I felt so hot. – RU486 patient Aimee, talking about ther experience.

What is Mifegymiso?
(RU486/The Abortion Pill)
Mifegymiso does not prevent pregnancy but causes the induced abortion of an established pregnancy up to 9 weeks gestation, in Canada.
Mifegymiso is a combination product containing one mifepristone [RU486] 200mg tablet and four misoprostol (Gymiso) 200μg.
Mifepristone (RU486) blocks progesterone, a hormone needed to support pregnancy and provide nutrition to the embryonic child. The second drug, Misoprostol (Gymiso) given 24-48hours later causes uterine contractions to expel the dead or dying child from the womb. Each tablet is taken buccally placed between the teeth and the cheek.
Mifegymiso – according to… Health Canada
Fact: Mifegymiso is a prescription drug with serious potential risks requiring physician oversight. The need for medical supervision is based on strong evidence for good health and safety outcomes. For example, it is estimated that up to 1 in 20 women who use this drug will require a follow-up surgical procedure because their pregnancy is not successfully terminated. Health Canada has put in place requirements that will help ensure that women have access to medical services in case of a serious adverse event taking place.3
The initial restrictions(4) on Mifegymiso in Canada included the following:
⦁ 7-week / 49-day gestational limit (since [first day of]last menstrual period);
⦁ Physicians must receive training in order to be on a registry to prescribe;
⦁ Physicians must dispense drug directly to the patient;
⦁ Physicians must supervise the patient’s ingestion of the first dose;
⦁ Physicians must exclude ectopic pregnancy and determine gestational age by ultrasound.
Women were asked to sign a consent form and take the Mifepristone tablet in front of the physician. Misoprostol was provided but could be taken at home. A return visit 14 days later was strongly advised to ensure the abortion is complete and that there is no infection.
In November 2017, the restrictions on Mifegymiso were changed:
⦁ Can now be prescribed up to 9 weeks /63 days gestational limit (since [first day] of last menstrual period);
⦁ Physicians no longer need to undergo training in order to prescribe;
⦁ Removed the regulation that only physicians can dispense the drugs to patients. Pharmacists as well a prescribing health professional can dispense the drug directly to the patient;
⦁ Physicians no longer required to supervise the patient’s ingestion of the first dose. The patient can take the drug at home or a health facility;
⦁ Women will no longer have to sign a consent form to use Mifegymiso;
⦁ Ultrasound still mandatory to rule out ectopic pregnancy and determine gestational age.
In 2019, the requirement for ultrasound was removed by Health Canada. An ultrasound is no longer required to confirm gestational age and to rule out an ectopic pregnancy. Health Canada says “prescribers now have the flexibility to use their medical judgment on how best to determine the gestational age and to rule out ectopic pregnancy”.

There is also the grisly possibility that a woman will deliver her tiny but unrecognisable dead fetus of 6-12 weeks development alone and at home.
-Duffy A, Santamaria DR J. The how and why of RU486., Thomas More Centre Bulletin 1990;2(9). 1-5

Something women might wish to know
4 to 8 Weeks Gestation – Fetal Development
By 5 weeks, development of the brain, spinal cord, and heart is well underway. The heart begins beating at 5 weeks and one day (from the first day of last menstrual period) or 21 days from conception and is visible by ultrasound almost immediately.5
By 6 weeks, the heart is pumping the embryo’s own blood to his or her brain and body. All four chambers of the heart are present and more than 1 million heartbeats have occurred. The head, as well as the chest and abdominal cavities have formed and the beginnings of the arms and legs are easily seen. The 6-week embryo measures less than ¼ of an inch long from head to rump.5
Rapid brain development continues with the appearance of the cerebral hemispheres at 6½ weeks. The embryo reflexively turns away in response to light touch on the face at 7½ weeks.5
Side Effects of Mifegymiso
Use of RU486/prostaglandin may cause any of the following:
haemorrhage requiring blood transfusion, severe pain requiring strong pain killers, incomplete abortion, rupture of the uterus, vaginal bleeding, abdominal cramping, nausea, vomiting, diarrhoea, headache, muscle weakness, dizziness, flushing, chills, backache, difficulty in breathing, chest pain, palpitations, rise in temperature and fall in blood pressure.6
Yet some say:
Mifegymiso is the World Health Organization’s (WHO) gold standard of medical abortion…with an outstanding safety and efficacy record…7
Still others say: …and has maintained an outstanding safety record throughout the world…8
Gold Standard and Safe?
Do they think all women are stupid?

⦁ Hemorrhage, as an adverse event, was experienced by 15.6% of medical [chemical] abortion patients compared with 2.1% for surgical patients.
Failures: The non-negligible risk of failure makes the follow up visit mandatory to check that the abortion is complete.
— Risks related to the method, from Product Characteristics for Mifegyne, electronic Medicines Compendium
• Incomplete abortions were experienced by 6.7% of medical [chemical] abortion patients while only 1.6% of surgical patients had incomplete abortions.
• The rate for surgical (re)evacuation of the uterus was 5.9% medical [chemical] versus 1.8% (surgical) for all causes (hemorrhage, infection, incomplete abortion).
• The study was conducted in Finland where there is a comprehensive network of medical registries that could be used to track abortion outcomes in that country’s government-based medical system. From 2000-2006 all women (n=42,619) who had abortions up to 63 days gestational age were followed up until 42 days.
• Chemical abortion had approximately 4 times the rate of adverse events!
In summary, the Finnish registries revealed that first-trimester chemical abortions with mifepristone and a prostaglandin – typically misoprostol – resulted in:
1. 20 out of every 100 women with a significant adverse event;
2. about 16 out of 100 women hemorrhaging excessively;
3. 7 out of every 100 women with tissue left inside;
4. approximately 6 out of every 100 women needing surgical reevacuation of the uterus.
Australia10
A newspaper story by Jamie Walker in The Australian summed things up with the headline “Abortion Pill ‘Less Safe than Surgery.” The journalistic audit of approximately 6,800 surgical and chemical abortions produced important data comparing first-trimester RU-486 and surgical abortions:
• 3.3% of the women who used RU-486 in the first trimester of pregnancy reported to an emergency room compared with 2.2% who used a surgical method;
• 5.7% (1 in 18 patients) of the women who used RU-486 had to be re-admitted to hospitals compared with 0.4% (1 in 250) of surgical abortion patients. With respect to second-trimester RU-486 abortions:
• A staggering 33% (16/49) required some form of surgical intervention;
• 4% had “significant haemorrhage;” one of the two patients in this category required a transfusion.
Walker also noted in The Australian, “Two of the 5,823 surgical patients suffered severe haemorrhage, involving the loss of more than a litre of blood.” That approximated “a rate of one in 3000.” Walker observed as well “four of the 947 women who had medical abortions had the same problem, lifting the rate to one in 200.” These statistics pertain to first-trimester abortions…
United States of America(11)
FDA’s April 2011 RU-486 Adverse Events Summary states that “[t]he estimated number of women who have used mifepristone in the US through the end of April 2011 is approximately 1.52 million women.” As noted above, FDA calculated that by that date there had been 2,207 adverse event reports submitted to FDA.
Hospitalization, Excluding Deaths
There were 612 reports of hospitalization received as of April 30, 2011.
Hemorrhage
339 women “experienced blood loss requiring a transfusion” after taking the RU-486 abortion regimen.
Infections
There were 256 baseline infections cases defined as: [including] endometritis (involving the lining of the womb), pelvic inflammatory disease (involving the nearby reproductive organs such as the fallopian tubes or ovaries), and pelvic infections with sepsis (a serious systemic infection that has spread beyond the reproductive organs….
There were also 48 reports of severe infections which were described as a subset of infections including: Severe infections generally involve death or hospitalization for at least 2-3 days, intravenous antibiotics for at least 24 hours, total antibiotic usage for at least 3 days, and any other physical or clinical findings, laboratory data or surgery that suggest a severe infection.
Deaths
• FDA states that eight of fourteen fatalities it had tracked were associated with sepsis
• 7 cases tested positive for Clostridium sordellii, 1 case tested positive for Clostridium perfringens[].” All but one fatal sepsis case reported vaginal misoprostol use; buccal misoprostol use was reported in one case.
If you did not know any of this until you read this pamphlet you could not have given an informed consent – what else are you not being told?
We keep hearing – you can trust women to make decisions. Well, it is not about trusting women but providing all information to them and keeping them safe. Mifegymiso almost always kills the developing child and can have severe and even fatal consequences for some – all women deserve to know that.
Regret taking the abortion pill – It may not be too late!
Abortion Pill Reversal
Have you taken the first dose of the Abortion Pill, Mifepristone [Mifegymiso], (Mifeprex or RU-486)? Do you regret your decision and wish you could reverse the effects of the abortion pill? There is an effective process for reversing the abortion pill, called Abortion Pill Reversal.
So call today! Call rightnow, someone will talk with you and offer you help. Call the 24/7 HOTLINE at 1.888.612.3960 or visit www.abortionpillreversal.ca. 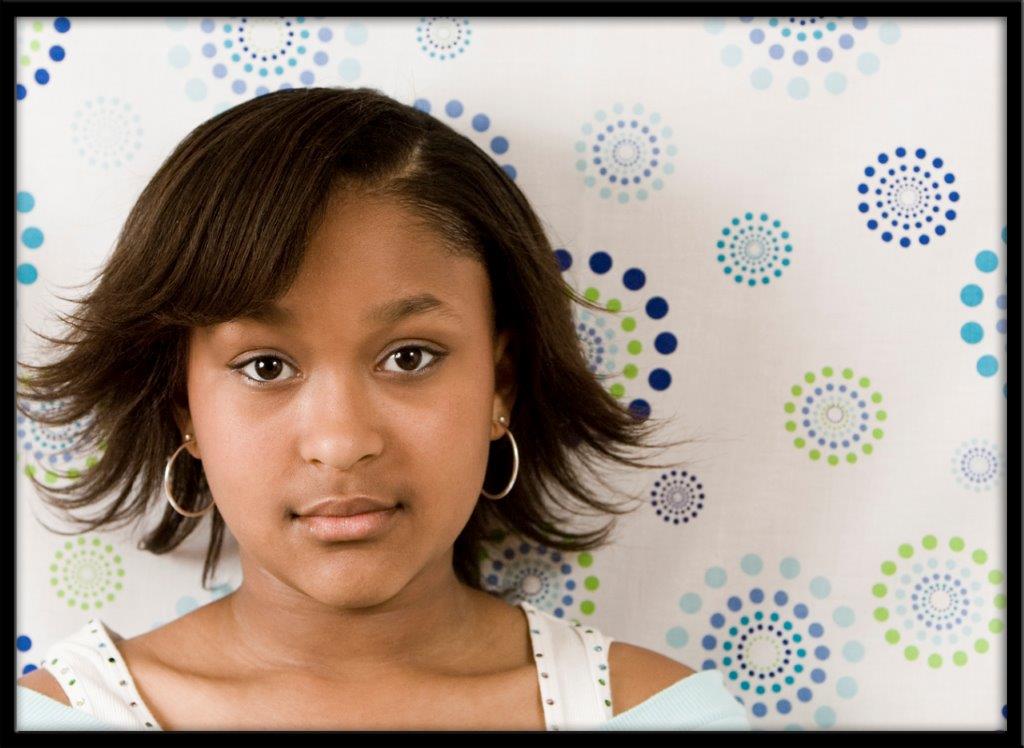