When Brenda Pratt Shafer, a registered nurse, was asked to work at the Dayton, Ohio Women’s Medical Center assisting abortions in 1993, she readily agreed. After all, she considered herself “very pro-choice” and figured it would be no problem. She was wrong. 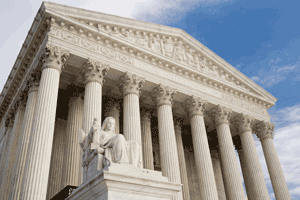 After an initial interview, she was hired to assist abortionist Dr. Martin Haskell. Her first two days on the job were rattling. She hadn’t expected that Dr. Haskell would use ultrasound during his Dilation & Evacuation (D&E) abortions and that she would actually see the baby being torn apart. But nothing could have prepared her for what she saw on her third day at the abortion clinic—a partial-birth abortion.

Brenda was told that she would be assisting in “a special case”, a woman 26 ½ weeks pregnant with a baby with Down Syndrome. The following is Brenda’s testimony before a U.S. House of Representatives Subcommittee describing what happened:

Dr. Haskell brought the ultrasound in and hooked it up so that he could see the baby. On the ultrasound screen, I could see the [baby’s] heart beating…Dr. Haskell went in with forceps and grabbed the baby’s legs and pulled them down into the birth canal. Then he delivered the baby’s body and the arms– everything but the head. The doctor kept the baby’s head just inside the uterus. The baby’s little fingers were clasping and unclasping, and his feet were kicking. Then the doctor stuck the scissors through the back of his head, and the baby’s arms jerked out in a flinch, a startle reaction, like a baby does when he thinks that he might fall.  The doctor opened up the scissors, stuck a high-powered suction tube into the opening and sucked the baby’s brains out. Now the baby was completely limp. I was really completely unprepared for what I was seeing. I almost threw up as I watched the doctor do these things.

Ten years after Brenda witnessed this grisly procedure, President George Bush signed the Partial Birth Abortion Ban Act prohibiting partial-birth abortions in the United States. It had been a long haul. Proposed legislation had been drafted, debated, re-written, and approved by Congress and the Senate several times, only to be vetoed twice by former President Bill Clinton. And even after Bush finally approved the 2003 Act, it faced repeated court challenges, until it was finally upheld in a narrow 5-4 vote by the Supreme Court on April 18, 2007. The Supreme Court’s recent ruling is the first prohibition of an abortion procedure since abortion was legalized in the U.S. in 1973.

Abortion advocates are furious with the decision. Planned Parenthood claims it is “the first-ever federal law banning abortion” and that it gives politicians “the green light to interfere in the private health care decisions of women and families.” The mainstream media has also exaggerated the impact of the decision. An April 19 headline for the Washington Post blazed: “Supreme Court upholds a ban on partial-birth procedures — and imperils the right of women to choose.”

Such hyperbole is a characteristic ploy of the pro-abortion movement to garner support and has little to do with the facts. The partial-birth abortion ban, says Paul Linton, Special Counsel for the pro-life Thomas More Society in Chicago, is “a procedure ban, not an abortion ban.” The ban affects only 3,000-5,000 of America’s 1.29 million annual abortions since it prohibits only one of several methods of abortion during the second trimester of pregnancy or later.  At least 90% of American abortions are done in the first trimester. The law also provides an exception for cases in which the mother’s life is endangered.

The statute, Mr. Linton adds, is so narrowly defined that its enforcement is extremely difficult. To violate the law, courts must prove that an abortionist “deliberately and intentionally” vaginally delivered a living infant to a specific anatomical point and then killed it. If any one of these specifications is not met, the abortionist is exempt from criminal liability. An abortionist can easily circumvent the law by using a lethal injection to kill the baby prior to using the partial-birth abortion method. Even Justice Ginsburg, who vehemently opposed the ban, admitted in her dissent: “The law saves not a single fetus from destruction, for it targets only [one] method of performing abortion.”

But abortion proponents continue to argue the procedure should be legal, using the most extreme cases as justification. On a recent edition of the popular Larry King Live television talk show, former President Bill Clinton was asked to comment on the Supreme Court decision. Clinton criticized the ruling, citing the example of three women who had partial-birth abortions because their unborn children were severely hydrocephalic (i.e., had enlarged heads due to excess brain fluid).  He claimed that normal delivery of the children, even by cesarean section “might so damage the women that they might not be able to bear other children.” For this reason, he explained, partial-birth abortion is really a “pro-life” decision.

Former Surgeon General, Dr. Everett Koop, however, told U.S. Congress, “Partial-birth abortion is never medically necessary to protect a mother’s health or her future fertility. On the contrary, this procedure can pose a significant threat to both.” Douglas Johnson, Legislative Director of the National Right to Life Committee, also dismissed Clinton’s argument as “complete nonsense.” “[Hydrocephaly] is a condition that is not all that rare,” he noted, adding that there are procedures to drain fluid from the child’s brain, allowing for a safe delivery. “This is really a euthanasia justification,” he said. The real purpose is “prevention of a live birth” not protection of the health of the mother.

Nonetheless, such extreme cases represent only a very small number of partial birth abortions. In a submission to the U.S. House Judiciary Committee, abortionist Dr. McMahon reported that hydrocephalic cases accounted for less than 4% of the partial-birth abortions he performed. Yet, abortion proponents continue to mislead the public, suggesting that all partial-birth abortions are performed for such reasons.  The Abortion Conversation Project, an affiliate of the National Coalition of Abortion Providers, explains on its website that partial-birth abortion “may be used in the second trimester, or sometimes in the third trimester if there are problems with fetal or maternal health… It is rarely done on a live fetus.”

But in 1997, the Executive Director of the National Coalition of Abortion Providers, Ron Fitzsimmons, admitted to the New York Times that in previous interviews he had “lied through [his] teeth” and that “in the vast majority of cases, the procedure is performed on a healthy mother with a healthy fetus…” Dr. Haskell, who helped pioneer the partial-birth abortion technique, also stated in a 1993 interview with American Medical News that “80% [of his partial-birth abortions] are purely elective,” meaning they are performed for non-medical reasons.

In the same interview with AMNews, Dr. Haskell was also asked if the baby is dead before the partial-birth abortion procedure, to which he responded, “No, it’s not. No, it’s really not.” The baby is usually very much alive during the procedure, and according to pediatrician and fetal pain researcher, Dr. Kanwaljeet Anand, likely feels prolonged and excruciating pain as a result.

Abortion advocates also continue to claim that partial-birth abortions are the ‘safest’ method of abortion because the baby is removed intact. In alternative D&E procedures, the baby is removed in pieces, so bone fragments could puncture the mother’s uterus. Baby parts may also be inadvertently left behind, resulting in infection. [These arguments are being made by those who have long claimed that such abortions are ‘safe’.] However, in a 1996 interview with AMNews, abortionist Warren Hern said, “I have very serious reservations about  [the partial-birth abortion] procedure…You really can’t defend it…I would dispute any statement that this is the safest procedure to use.”

In the written opinion for the Supreme Court, Justice Kennedy concluded that there was “medical disagreement” as to whether or not partial birth abortions are safer than D&E abortions. He noted that even though an earlier District of New York trial ruled against the ban, the lower court found that some of the so-called “safety advantages” of partial-birth abortions over D&Es were “hypothetical and unsubstantiated by scientific evidence.” The Supreme Court overturned the previous courts’ rulings, stating that there was “medical uncertainty” about the safety advantages of partial-birth abortions. Justice Kennedy added that the State has an “interest in promoting respect for life at all stages of pregnancy” and that  “the law need not give abortion doctors unfettered choice in the course of their medical practice.”

If nothing else, the partial-birth abortion trials helped to raise public awareness to the humanity of the unborn. Faced with overwhelming evidence that partial-birth abortions destroy a living being, abortion advocates rely on dated ‘medical necessity’ arguments and mask the truth as best they can, sometimes literally. In an article criticizing the Supreme Court ruling, Dr. Stuart Derbyshire stated that one “surprising benefit” of partial-birth abortion is that “the physician can arrange for a little hat to be placed over the back of the fetal head [to hide the gaping hole left by the scissors] and the body be wrapped in a blanket for the parents to grieve.”

But the parents know the truth, don’t they? Certainly Brenda Pratt Shafer’s patient did.  After aborting her baby, the mother asked to see him, and, Ms. Shafer recounts, “She held that baby in her arms and she screamed and prayed to God…to forgive her, and for that baby to forgive her, and she held it and rocked it, and told him that she loved him. And I looked in that baby’s face, and he had the most angelic perfect face I’ve ever seen.”

“A face,” American poet Henry Longfellow might say, “that had a story to tell.”