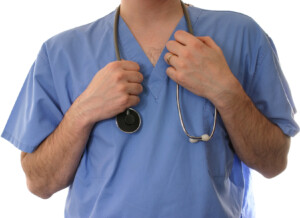 Some Canadian physicians are backing away from performing euthanasia because they are not being paid enough according to a report from the Globe and Mail.  Physicians are paid separate fees, one for assessing the patient and another for giving the lethal injection to cause the patient’s death. Bill C-14 requires that two independent physicians or nurse practitioners assess the patient to see if his or her condition meets the requirements for euthanasia set out in Bill C-14. In British Columbia, a physician is allowed 90 minutes for the first assessment for which he/she will be paid a maximum of $240.00. For the second assessment provided by a different doctor, a maximum of   75 minutes is permitted which means a payout of  $200.00.

“By comparison, if a doctor spent three hours start to finish on an assisted death – excluding the formal eligibility assessment – he or she could bill $621.60 in Alberta, $600 in New Brunswick, $499.80 in Quebec, $480 in Manitoba and $465.60 in Saskatchewan. If doctors in those same five provinces billed for two hours, they could still earn more than B.C.’s $313.15 in every province but Saskatchewan, though not by much.”

If one adds to the figures for the lethal injection, the amount paid for assessments as well, what would be the total fee allowed for those provinces other than British Columbia?

We are told that in British Columbia, four physicians have turned to a pro-euthanasia organization in Toronto, the Right to Die Society Dignity, for financial assistance because in most cases the province does not cover travel expenses.

To sum up, some doctors believe they are not being adequately compensated to kill patients by euthanasia.